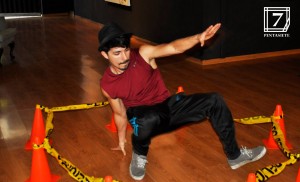 Breakdancing is an urban dance that is part of the Hip -Hop culture, born in African-American of New York neighborhoods like the Bronx and Brooklyn communities in the 70.

It is a dance that combines a series of aerobic and rhythmic movements influenced by aborigines dancing , martial arts, gymnastics, and funk. The movements of B-boying can be classified into four branches: toprock (dancing while standing up),
footwork, power moves, and freezes.

In this class we will learn the 4 branches for beginner, achieving the full potential of each student in a second stage to create choreographies.